A recruiter is forced by the new “truth in recruiting” policy to admit to a prospective recruit that yes, he “might die, or might get his arms and legs blown off.” 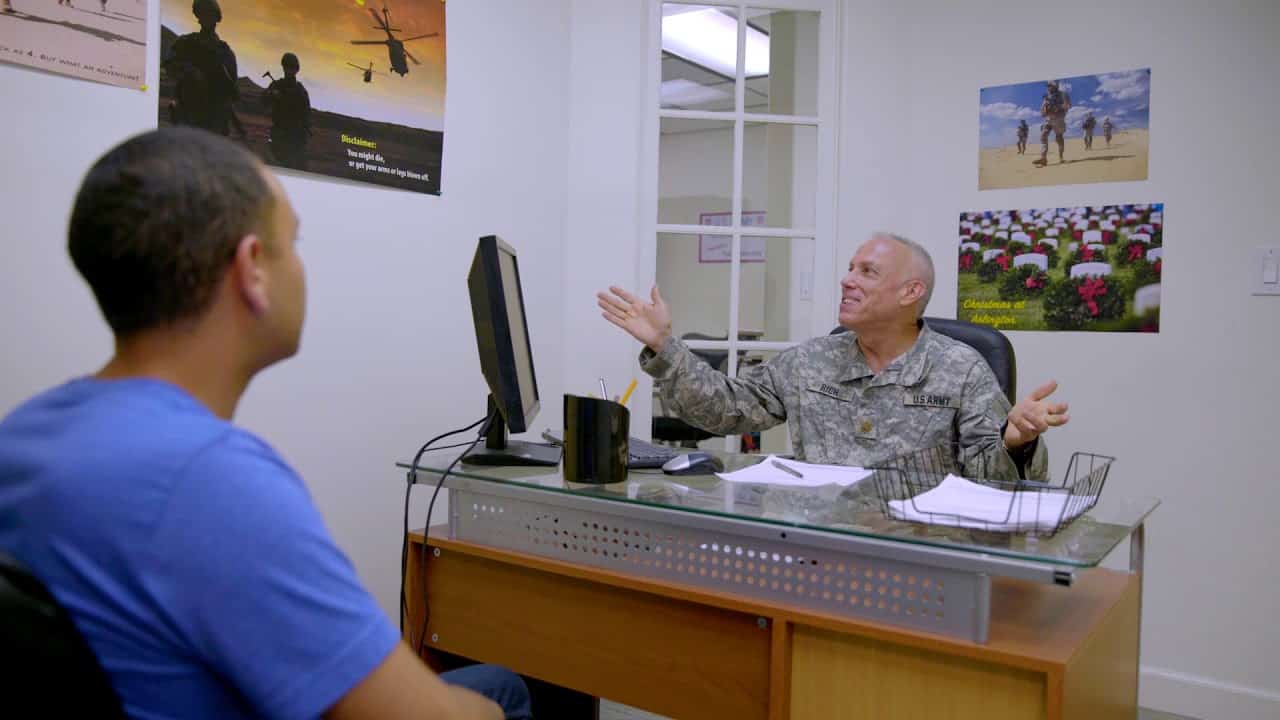 On one of my filmmaking trips to Los Angeles, my Lyft driver to the airport was a young man on furlough from the Army. He was telling me how the Army recruiter lied to him, and how they told him more lies once he was in the Army. Strangely, he wasn’t bitter or angry. In fact, he was a rather spiritual young man, though not professing to be so. This got me to picturing what would happen if an innocent young man went to the recruiting office because he needed a job in order to help his family, and the recruiter was somehow forced to tell him some of the horrible truths about war. What if the “Be All You Can Be” poster with the cool helicopter also had a disclaimer at the bottom: “You might die. You might get your arms or legs blown off.”