A young female soldier complains to the major that she doesn’t like the racist and dehumanizing cadence they chant while marching. But her objections are not what one might expect. 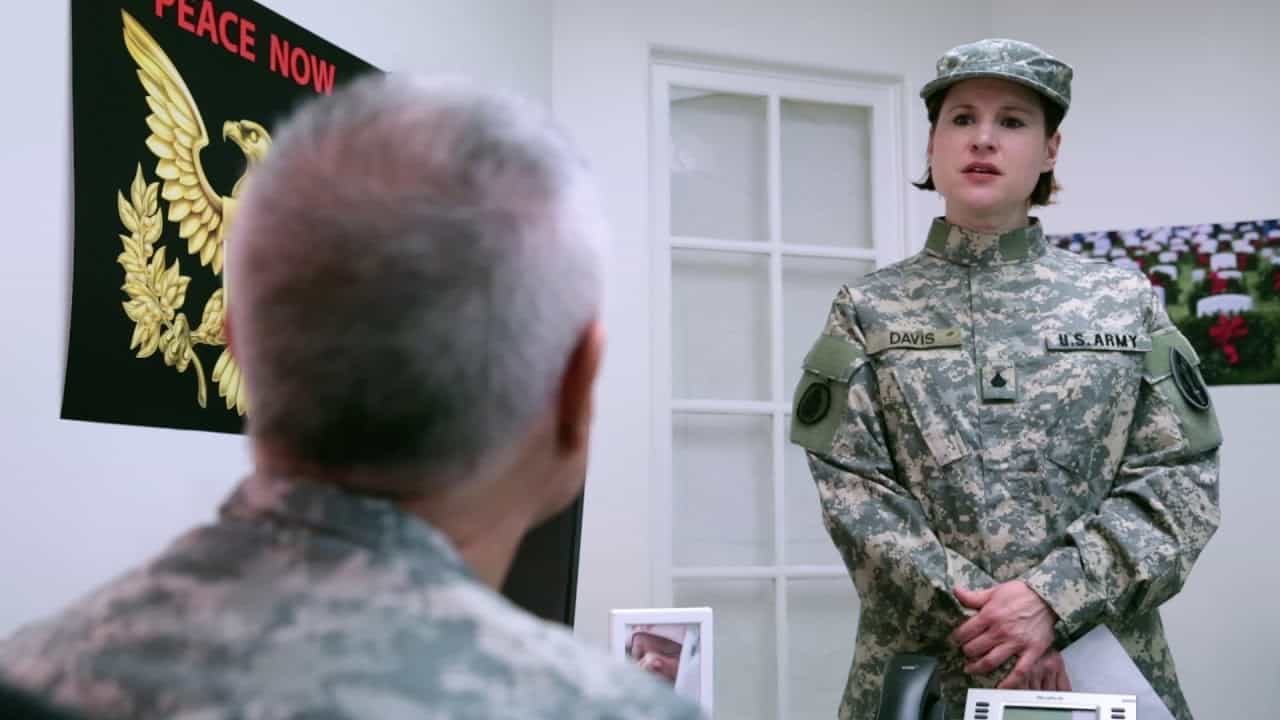 I watched a wonderful documentary by Patricia Foulkrod, The Ground Truth. It showed a squad of soldiers blithely chanting a cadence that dehumanized Arabs. I looked at other cadences on the web, and saw one that actually spoke about killing “hajis” and “getting haji blood and guts in my hair” after throwing a hand grenade into a home. Presumably, this wasn’t an original thought of these young men, but they had certainly bought into its gruesome message. Around this time, an otherwise lovely lady in my small Michigan town repeated the old cliché that “the people in those countries don’t value human life like we do.” Throw in the fact that my own grandchildren are half Japanese—so in another era they would be “my enemy”—and this script was the result.