An Arab and an American randomly meet in the desert and decide not to fight each other—despite phone calls from “important people higher up” suggesting that they do so. 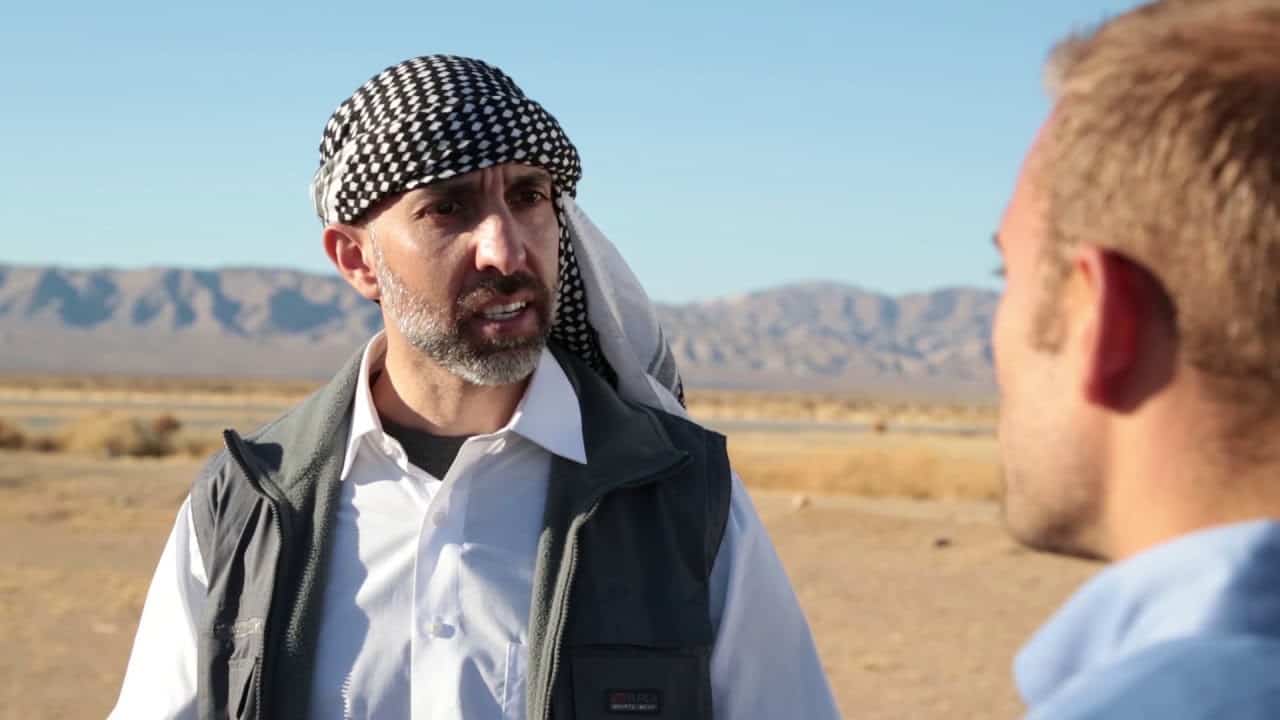 Mark Twain once said, “All war must be just the killing of strangers against whom you feel no personal animosity; strangers whom, in other circumstances, you would help if you found them in trouble, and who would help you if you needed it.” So if individuals don’t decide to go kill each other, who makes that decision? What makes high-level decision makers more important than the regular Joe, or ordinary Yusef? And what would happen if the regular Joe or Yusef decided not to obey the orders of their so-called superiors? Some people like to blame Hitler for WWII, but without several million young men who each made a decision to sign up to kill for the Third Reich, Hitler would have been just an angry loudmouth.